I Have Over 150 songs Recorded With Nektunez- Scott Evans

Scott stated that he has been in partnership with a group called Xclub Worldwide that has been promoting his songs.
DJ Paloma asked Scott the relationship between him and Nektunez. Scott said.

Nektunez is my brother and he has shown love since day one of my career and I don’t think I can avoid working with him,we recorded everyday
Every song my fans are hearing today has been recorded 10 years ago with nektunez and I have over 150 songs recorded. He also said Urban Gospel Is not paying off

He further stated that he has a new song with Edem, and he is a gift and working with him was really good. He also said he will get married next year,2020 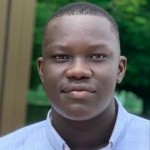